The George Green Medal was established by the University of Mississippi at Oxford, Mississippi, USA, and the Wessex Institute and is supported by Elsevier. It is in honour of the man who single-handedly set up the basis for the modern Boundary Element Method, among other notable achievements.

The Medal is awarded to those scientists who have carried out original work with practical applications in the field of Boundary Elements and other Mesh Reduction Methods, continuing in this manner to further develop the pioneering ideas of George Green. They are also persons of the highest integrity who, by sharing their knowledge, have helped to establish research groups all around the world. The Medal is given once a year and is presented during the BEM/MRM Conference.

George Green was a self-taught genius who mysteriously delivered one of the most influential mathematics and physics works of all time. He educated himself in mathematics and self-published the work “An Essay on the Application of Mathematical Analysis to the Theories of Electricity and Magnetism”. In his very first article, he derived the Green’s first, second and third identities, forged the concept of Green’s function, and solved the problem of the electrical potential created by a single charge placed inside a spherical metal shell. The ideas of Green’s function forever changed the landscape of science, as many physics and mathematics problems have been solved using this technique. As Green died early, and his work was discovered only posthumously, it remains a mystery today how Green could produce such a masterpiece without the guidance of a great teacher or school and, in fact, without a formal education. Only recently, due to the advent of powerful computers, has it been possible to take full advantage of Green’s pioneering developments.

The George Green Medal 2021 will be presented on the occasion of the 44th International Conference on Boundary Elements and other Mesh Reduction Methods (BEM/MRM 44). The ceremony will take place during a special session and will be followed by a keynote address from the medal recipient.

View the recording of the 2021 George Green Medal Presentation Ceremony

The recipient of the 2021 Medal will be Professor Dragan Poljak, University of Split, Croatia.

In May 2004 he received the prize for science from the University of Split, FESB. In June 2004, Professor Poljak was awarded the National Prize for Science in Croatia. In June 2008 he received Slobodna Dalmacija Prize for science. In 2013 he was awarded the Nikola Tesla Prize for achievements in Technical Sciences. In 2011 Professor Poljak became a member of the WIT Board of Directors. From 2011 to 2015 he was the Vice-Dean for research at the Faculty of electrical engineering, mechanical engineering and naval architecture at the University of Split. In April 2013 Professor Poljak became a member of the Board of the Croatian Science Foundation. In the period from April 2013 to April 2017, he was a member of the Board of National Technical Sciences Council. From 2003 to 2007 he was Chairman of the Technical Committee for Electromagnetic Field in Human Environment and to date, he is still a member of the Committee within the Croatian Department for Standards. From September 2011 he is a member of the Croatian Accreditation Council within the Croatian Accreditation Agency. In January 2016 Professor Poljak was appointed Co-chair of the Working Group 2 (Numerical Artifacts) within SC6 IEEE International Commission for Electromagnetic Safety (ICES). He received the Award for Science of Croatian IEEE Section in November 2016 and the Annual Award for science from the University of Split in January 2017 and January 2020. He was the recipient of the annual Technical Achievement Award of the IEEE EMC Society (New Orleans, July 2019) for computational models in electromagnetic dosimetry.

He was a principal investigator on a number of national projects and participated in bilateral and multilateral projects.

He is also a member of the Croatian Centre for Excellence in Technical Sciences; Centre of Research Excellence for Advanced Cooperative Systems (ACROSS) led by the University of Zagreb, Faculty of Engineering and Computing.

Professor Poljak has a long-term collaboration with many European academic institutions such as Wessex Institute of Technology (WIT), Southampton, UK, Université Blaise Pascal, Clermont-Ferrand, France, University of Wales, UK, Technische Universität Ilmenau, Ilmenau, Germany, Ecole Polytechnique Fédéral de Laussane, Switzerland, Otto-von-Guericke Universität, Magdeburg, Germany Mälardalen University, Vesteras, Sweeden, Sapenza University of Rome, University of Edinburgh, UK and many others. In all these institutions, as a visiting professor, he gave many seminars and short courses for researchers, undergraduate and postgraduate students. He also participated in PhD defences as a member of Examining Boards in many academic institutions.

The lecture will start with some general aspects of computational electromagnetics (CEM) and electromagnetic compatibility (EMC). Some well-established analytical and numerical methods, with particular emphasis on Boundary Element Methods (BEM), will be outlined.

What follows is a crash-course on the theory of thin wire antennas and presentation of the related numerical solution methods for various integral equations in both frequency and time domain based on the originally developed Galerkin-Bubnov Indirect Boundary Element Method (GB-IBEM). Computational examples include dipoles, Yagi-Uda arrays and logarithmic-periodic dipole antennas (LPDA). In particular, some applications pertaining to air traffic control and ground-penetrating radar (GPR) will be presented.

Furthermore, full-wave (antenna) models for various thin wire configurations of interest in electromagnetic compatibility (EMC), from rather simple to realistic complex geometries, will be outlined. This will be followed by analyzes of overhead/buried transmission lines, PLC (Power Line Communications) systems, lightning channel and realistic grounding systems (with particular emphasis on wind turbines).

Then, special attention will be focused on the human body exposed to non-ionizing radiation. Low frequency (LF), high frequency (HF) and transient exposures related to possible adverse health effects will be discussed addressing electromagnetic interference (EMI) sources such as power lines, transformer substations and base stations antennas for 2G/3G/4G and 5G systems. Realistic models for electromagnetic-thermal dosimetry based on the hybrid finite element/boundary element approach will be described, as well. Also, some biomedical application of electromagnetic fields, with particular emphasis on transcranial magnetic stimulation (TMS), transcranial electric stimulation (TES) and nerve fibre stimulation, will be discussed.

The presentation will end up with some topics in magnetohydrodynamics pertaining to the modelling of plasma physics phenomena important in the applications in thermonuclear fusion.

Details of the previous George Green Medal presentations can be found in the conference reports listed below:

For further information about the George Green Medal please contact:

Email: This email address is being protected from spambots. You need JavaScript enabled to view it. 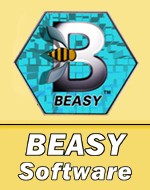